I'm ashamed I let more than a month go by without dropping a note. I just haven't had time. That's a lie, of course I've had free time over the past 30+ days, but when I write in my blog, it requires a certain kind of free time and I haven't had it until tonight. It's hard to connect with the feelings that I'm usually working so hard to keep under the surface most of the time. I can't seem to just recall these emotions on demand. (They do, however, sneak up on me sometimes!) But in order to pen them down in an organized and cohesive manner, it seems I have to crawl into a bubble, where there are no distractions, no curious stares, and no chores at my doorstep. I can't write when I have the feeling someone is about to interrupt me, or someone is going to wonder why I'm being so reclusive. I don't like that this part of my emotions are so guarded, and so protected, that it almost feels like I'm keeping a secret. But that's the way it is... for now.

I'm looking forward to celebrating Carly's first birthday in just over a month and a half because it's another tangible way to keep her alive in my life, and the center of attention for a short while. That's pretty important to me. Sadly, I've noticed that my anticipation is growing more and more bitter as the day creeps closer and closer but I'm working on that. I think about it daily, and play out all of these fantastic scenario's for a party for her, but only in my mind. Subconsiously, I know the reality can never equal the fantasy, but it's still fun to do.

I wrote a little while ago about death soup, and the ingredients in my own personal recipe. I've found a new ingredient to add. It's forgiveness. All kinds of forgiveness. The ability to forgive yourself is perhaps, the most difficult by far, and the version of which I have learned the most about lately. It's always been easy for me to dismiss the importance of one person or another when I feel they have wronged me. I could still be cordial to that person, and you would never guess the depth in which they may have hurt me, after enough time has passed. I just forgive them, and come to terms with the fact that they are not worth my energy, my anger, or my attention any longer. It's like I just start over with that person, but their value in my life is almost non-existent and will probably always be that way. That's not a perspective you can take when you are trying to forgive yourself. Especially when you're trying to forgive yourself for something you didn't control in the first place. Losing Carly has had me feeling guilty for almost a year now. What did I do wrong... I don't know. I just know I was supposed to be in charge, and it didn't turn out so well with me at the wheel. I learned that in order to forgive myself on this one, I finally had to lay to rest all of the what-if's, and why's, and how's and be at peace with the idea that they will never be confirmed, answered, explained... whatever it is that I was looking for.

There's no holding on until it makes sense, because it will never make sense. I would just be wasting time if that's what I tried to do.

Anyways, that's what I've learned since I wrote to you last. If your life had a purpose, it would be to teach me how to be a better person to those around me. I hope you forgive me too, Carly. I know Daddy and I aren't so awesome that we could even compare with what you're doing these days... but a little piece of me still thinks that you might be a little sad to have to miss our hugs, and kisses, and affection.

Until We Meet Again...
Mommy 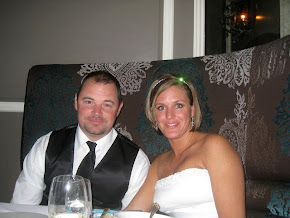 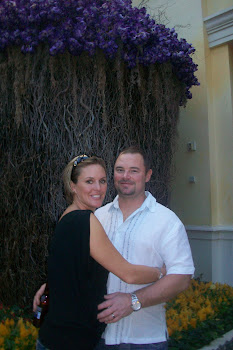